Posted on April 20, 2014 by theshadowsofthenight 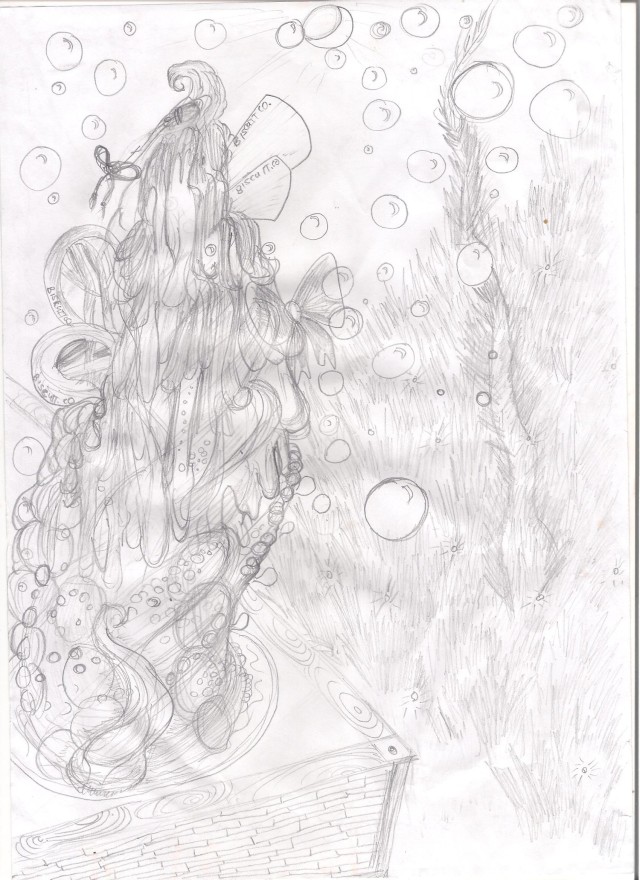 Ms. Thatwackyperson gave the following, rather long, boring speech at the Intellectual World Conference, one Saturday: “There was a time when shoelaces were extremely important, before all this single fit and Velcro stuff came around. These tiny rope things with taped ends were not only found between holes on feet wear, you know. Rice cookers, grinders, wrecking balls, saw dust, star crackers, cakes, mice, trees, parachutes, wrist circular things, and even certain ice creams, involved shoelaces, one way or another. Some of these are commonly known, others may come as a surprise to you all, but every one of the above uses of shoelaces are real. Details and elaborations can be found in in Dr. Loafheel’s excellent book, A thousand forgotten shoelaces. As you know, Dr.Loafheel was one of the experts of all things to do with feet, both animal and mineral. And human feet, as well. Shoelaces were something of a fascination to him, and he once said “ I have never found such an importantly underestimated string as the shoelace..”.

Of course going through all the different uses of shoelaces will take years, if not decades, so this speech will stay on the use of shoelaces in star crackers.

Its normal, expected really, in a good speech, that star crackers should now be defined. However I am a firm believer in leaving things undefined when definitions are not absolutely necessary. Let’s just say, that these star crackers are things that you will find one night, buried in your garden, when the moon is nicely bluish. And they are, of course, baked by the stars.

Shoelaces are the only thing in the whole known world that will enable you to extract the star cracker successfully enough to be added to the delectable bowl of tall swirly creamy sweet chocolaty something, that you must have ready on your wooden porch. Of course the neighbors are invited to help you finish this delumptious something, but that’s for breakfast, or lunch (if you have a cardboard box, whch is the only thing this scrumplitious something can be stored in, once star crackers are added). There is something about the shape, size, length and texture of a healthy shoelace that attracts star materials. The star cracker, freshly hot from its journey from the neighboring solar systems, will react very precisely when a shoelace is nearby. (Which is why people should not wear shoes, when a blue moon is out, and star crackers start raining down). Anyway there is an electric reaction, and suddenly, the cracker sticks itself to the lace, and is now ready to be added to your bowl of tall swirly creamy chocolaty something. And then, watch incredible happenings underneath your longish, shortish, stubby, blunt, wiggly, nut smelling noses!!

Little lights appear sprinkled around your most stomach-worthy something. (Of course this reaction is entirely due to chocolate with star dust, but I will keep out the foodochemistry from now on). And then little bubbles, all colours of the rainbow will smurgle out, appearing all over the place, and start floating up into the sky. Please feel free to taste these colourful buubles, they give a most interesting sensation in the stomach, I am told.

And then purplish green cream, of the extraterrestrial sort, froths and boils out and spreads all over your nicely sweet something. And if you are lucky, a boiled potato or so may roll off the edges.

This extra lumptious something now has a name- The Dusty Starry Fool Cake. Which I have packed with me today, under this very tall pile of assorted boxes. Please do enjoy. Erm no its not a crazy mad flop of a cake experiment with the new oven I just bought! Ahem! Thank you for your kind attention!”

And with that, Ms. Thatwackyperson waved politely-like royalty, although none of her blood had ever been blue- and disappeared. The audience gasped slightly, wondering of the madness, the fantastic-ness of the whole thing. Ancient professors sat up straight, staring wildly around.

Young people with big opinions of themselves, and a list of “youth achievements” including the “Youth Forum on Bigheadedness: A Newly Named Youth Phenomena” had their mouths hanging open. There was a mixture of disbelief and shock on their faces. Some had even stood up with angry expressions.

Other people sat nonchalantly, relaxed, ready for anything, but then again they would have done the same if a giant rotten tomato had dropped onto their heads. (A most terrible thing, mind you!).

There was a feeling of strangeness wafting through the aisles, floating into the minds and hearts of the people. A young lady in brilliant green remarked “It’s all very well, and fantastic, especially if this had been a Broadway play. That’s the first time I’ve heard of shoelaces and star crackers and delumptious something’s and coloured bubbles, and all that, at a conference, the Intellectual World Conference, no less.” And she sat staring with all the others.

That afternoon, after long yawn worthy speeches on everything from slugs to snails, the crowd finally sat down for lunch. Their stomachs were rumbling. The hotel cook had out done himself. Piles of food in large metal trays rolled out on a conveyor belt, from a dark curtained area. Smells of rendang and biryani, and cuscus and sushi, drifted off in large invisible clouds. They mixed with the smells of the people, and became something new entirely.

A small figure was sitting behind a small temporary wall, staring at a plate of reddish brown things. Her nose was wrinkled slightly. Lilac-tortilla-banana-cologne was not a smell for the faint hearted.

She stood up, carefully checking all the bits of fabric and wild assortment of ornaments and brooches draped around her. It was time to make things more exciting. A few minutes later, she stood outside a small grey door with “STAFF ONLY” written on it. The smell made it obvious that this was the cooking place of this strangely normal place. Ms. Thatwackyperson turned the knob, and stepped inside.

Sometime later, when the crowd had gone, leaving a few stragglers, still working away at small piles of food and polite conversation, something significant happened.

The lady in brilliant green was sitting at a round table at the very front of the room. It had been used by several important people before, who had left behind bits of napkins and crumpled glittery paper. She was staring at a piece of frothy cake with greenish violet cream, on an important person’s plate. Tiny coloured bubbles frizzed and frothed off it. A small bite had been taken, from the edge of the frothy bubbles, after which it had been pushed away by an important person’s hand. Something else had happened, probably. There were more napkins crumpled and stuffed around that plate, than anywhere else on the table.

And the lady in brilliant green sat staring. Staring.

An amateur writer and amateur artist :)
View all posts by theshadowsofthenight →
This entry was posted in Uncategorized. Bookmark the permalink.